Is Lyme Disease in Georgia? 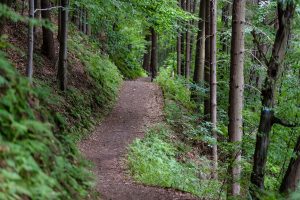 ***UPDATE: This entire article has been updated.***

We are dealing with a huge epidemic of Lyme Disease throughout our country and the world, and we are experiencing it here in GA.
While I have presented prevention tips and tricks here, I feel an understanding from a historical perspective is important from what we have seen develop over the last many years

We cannot ignore this presence and we must act proactively to protect our family, friends and loved ones.

I have submitted this article about the presence of Lyme Disease and other TIck Borne Infections that are present in GA, as most recently discussed by the newest report from the CDC, to the Atlanta Journal Constitution. I am currently awaiting their response.

I moved to GA in the fall of 2015. In the late winter/early spring of 2016 my son- in-law came down with the flu. He was treated and seemingly recovered, only to have a recurrence again. After the 2nd bout of swollen glands, sore throat, severe fatigue and headaches, I suggested that he might consider testing for Lyme Disease. Thank goodness he got tested!

Rare as the case may be, my son-in-law’s testing came back CDC positive for IGM and IGG Lyme through Quest Laboratories. This is just not seen. (As many of you know the basic testing is 50 – 60% false negative). He promptly began treatment for Lyme and fortunately he came through like a champ. When we chatted about this after the fact, he said to me, “Thank goodness you were here in Atlanta. I would have never been diagnosed with Lyme Disease.” As his physician here had some concerns, he was referred to a Cardiologist and an Infectious Disease Doctor. The Infectious Disease Doctor asserted that “there is no Lyme Disease here in GA! It does not exist.” So, this is the climate we are dealing with here in GA.

Let me give you another example. I read an article that appeared in “Community Voices: Lyme Disease exists in Gwinnett.” It was from a mother of a young girl who had been sick for years and struggled to find an answer.  According to one Infectious Disease doctor referenced in this article, Lyme Disease is very prevalent in GA, but highly undiagnosed.

With the CDC here in Atlanta and with all the latest information, why don’t medical professionals believe that Lyme Disease is here in GA.? We are all led to believe that Lyme isn’t prevalent in the South. I did not know that believing in Lyme is like a religion. I didn’t know that deer, ticks and other wild life do not cross over into other states. Where are these doctors getting their information from? Perhaps I can shed some light on this controversy for you and for physicians.

Why don’t medical professionals believe that Lyme Disease is in Georgia?

According to northaugustastar.com not only does Lyme Disease exist in Georgia, but so does the Lone Star Tick (S.T.A.R.I.). While some believe that that the LST does not transmit Lyme, there is agreement that it does transmit bacteria that cause other types of illnesses. Nevertheless, flawed statistics and statements about Lyme Disease being rare in our region are misleading. Georgia Lyme Disease Association (GALDA) and other Southern tick-borne disease organizations (including from South Carolina) have documented thousands of Southern Lyme Disease cases which are not reflected in state reported case numbers. Patients living in southern states report contracting Lyme Disease two and even three times over and families report multiple members infected. This does not happen in an area where a disease is considered rare. But this isn’t anything new, this situation has been occurring for decades.

“In the late 1980s, the CDC reported native Lyme Disease cases in 27 Georgia counties as well as several in Alabama and Florida. Georgia ranked fourth highest in the nation with 715 CDC-reported cases on record. But by 2010, reported Lyme cases plummeted to 10. How could a disease disappear in the South while cases in the North skyrocketed?”

To further support the evidence, Lone Star ticks are the most commonly found tick species feeding upon humans in the southeastern U.S. For years, scientists have documented Lyme bacteria in Lone Star ticks, but authorities previously reported that they could not transmit the disease.  As quoted in the North Augusta Star in 2013, “Lyme disease in the South may not be nearly as rare as reported case numbers lead us to believe. In fact, scientists such as Georgia Southern’s world-renowned tick expert, Dr. Jim Oliver, and colleagues have documented more species and strains of Lyme disease-causing bacteria (Borrelia burgdorferi) in the southeastern United States than in any other region of the country.”

“Lyme Disease bacteria have been identified in thousands of tick and animal specimens from across the South for many years. The southeastern bacterial strains are so diverse, the current Lyme Disease testing system used in the United States – which is only designed to detect a single strain – may miss many Southern cases”.

“A recent study published by the University of North Florida’s Dr. Kerry Clark and colleagues found two species of Lyme bacteria, B. andersonii and B. americana, in symptomatic patients from Florida and Georgia. Several patients had no travel history. These Lyme bacteria species were previously identified in ticks and animals in the southeastern United States and elsewhere, but were unknown to infect humans until now…..In the same study, the exact species of bacteria known to cause Lyme Disease in the Northeast was also found in some of the Southern patients. Importantly, the Lone Star Tick was implicated. “

To make things more confusing, this is what the CDC had to say about the Lone Star Tick in 2015.

In 2017, this is what a New York Times article said in It’s High Time for Ticks, which are spreading diseases farther and I quote, “Originally from the Southeast, the lone star tick, for example, is heading north; it can be found in 1300 countries and 39 states. The black legged tick, also called the deer tick, is expanding its territory too. In a recent study, Dr Eisen reported a nearly 45% increase since 1998 in the number of counties with black legged ticks. “

And this is what is being said about ticks in 2018.

An article in the MV Times states that  “Unlike deer ticks and dog ticks, Lone Star ticks do not wait passively for their prey. They’re way more aggressive and invasive than Deer Ticks.” Lone Star Ticks “have eyes, and unlike deer ticks that are blind, they can see you and come after you,” as quoted by Professor Sam Telford, PhD. professor of infectious diseases at the Tufts University School of Veterinary Medicine.

What does the Lone Star Tick cause?

There are several infections associated with the LST. The two main problems that are most often considered are ehrlichiosis and S.T.A.R.I. (Southern Tick Associated Rash Illness)., but there is also red meat allergy. Allergies to red meat and mammal products are on the rise and can result in a life threatening anaphylactic reaction.

To clarify about red meat allergy reaction, dairy products and even animal products can cause problems too. Red meat allergy from the LST, also known as alpha gal allergy, is still new enough that the CDC does not include it on its list of tick-borne diseases. The allergic reaction requires the use of an epi-pen.
However, one of the most distinct features is the timing of this allergic reaction. Most food allergies that we recognize occur after only 15-20 minutes; this is called an IgE reaction. Not so, with the alpha gal reaction. It can occur 10-12 hours later or even more, from my understanding, and patients have no idea what prompted the reaction.

Other diseases are transmitted via the Lone Star Tick. Tularemia is a bacterial infection that causes swollen lymph nodes, headaches and fatigue. Lastly, Heartland virus, “which has been discovered in the last 5 years can prove fatal, so it is important to get evaluated and treated asap.” (Quoted from NY Times 2017).

Certainly, the U.S. needs to be better prepared to detect and respond to the rise in vector-borne diseases. The number of cases actually reported by the CDC are far fewer than the actual numbers as there is no accurate method of accounting for all the undiagnosed/under-reported cases. This is due to the wide variety of methods used to collect and report data by the states, counties and local authorities. This is also due to the lack of education provided to physicians regarding the need to test for these various infections. Added to that are the poor laboratory tests that are currently available.

This is my recent testimony about the use of integrative therapies for patients with Chronic Lyme Disease.

Science is Not Decided by Majority Vote. The fact that many physicians do not “believe” Lyme Disease exists in GA, has resulted in under diagnosis or late diagnosis which leads to the increased morbidity of the patient where long term therapy that is not always successful. When looking at Lyme disease and its co-infections, rapid diagnosis and treatment are key to good outcomes. Time is of the essence.

Other links you may wish to read:
The Confounding Debate Over Lyme Disease in the South
CDC: Geographic distribution of ticks that bite humans