A Tick Bite is not just a Simple Tick Bite. Why?

The Clock is Ticking! 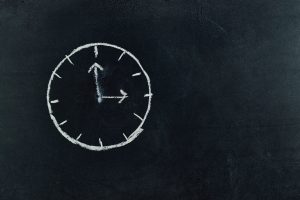 Due to the changes in our environment, more ticks are surviving because of warm winters and are traveling to other areas of the country where they have not been known previously. These changes, therefore, require us to be more diligent in tick prevention and in the development of better methods of testing.

For a long time I have suggested that infections from ticks can be transmitted in 12 hours or less. This is particularly so for the nymph ticks. There are several studies out now that support my contention. One study suggests that the longer the tick remains attached the greater the likelihood of the transmission of the disease/s.

In an article by Dr Daniel Cameron the length of time is discussed as well. One of the complicating factors is that should an infected tick have been previously attached, and then becomes attached to a new host, it is being found that the transmission of infection can take place within 24 hours or less.

It is also now known that deer ticks can transmit many different diseases and can harbor as many as one dozen kinds of bacteria and these diseases can be transferred in less than 24 hours.

Further, the deer tick is now known to carry a rare virus called Powassan. This virus can be transmitted within 15 minutes of the tick becoming attached to the host.

Ergo, all ticks cannot be considered to be the same as we do not know which ones have already fed on a host. Thus, we can no longer consider a tick bite just to be a tick bite. Rather, we must consider the possibility of multiple pathogens being transmitted at once. 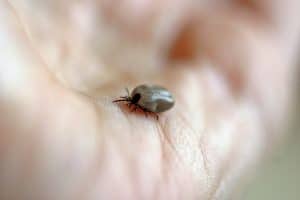 The number of tick borne diseases continues to be under reported. I believe this is most certainly true in Atlanta, GA where I have been living for 3 years. I continue to hear that Doctors do not believe there is Lyme Disease or other tick borne diseases here in spite of the newest data reported by Quest Lab, which exceeds the data reported by the CDC. It is therefore, incumbent of those that live in GA. as well as all over the country, to be mindful and aware and do the appropriate tick checks, as I have outlined in another post.

Should you or your child have a tick attached, I recommend you send the tick to TickCheck.com. You do not need to wait for a kit. Just contact them and follow directions and you will have an answer within 24-48 hours. However, I highly recommend that you get to a Physician and immediately start treatment with antibiotics as this will give you the best chance of cure.

One more warning I would like to share here is that songbirds such as robins carry infected ticks and can deposit them in urban yards as they search for worms in lawns. Pets such as dogs and cats can also bring infected ticks into the home. Thus, I do not recommend bird feeders. Taking proper precautions can make all the difference for you and your family